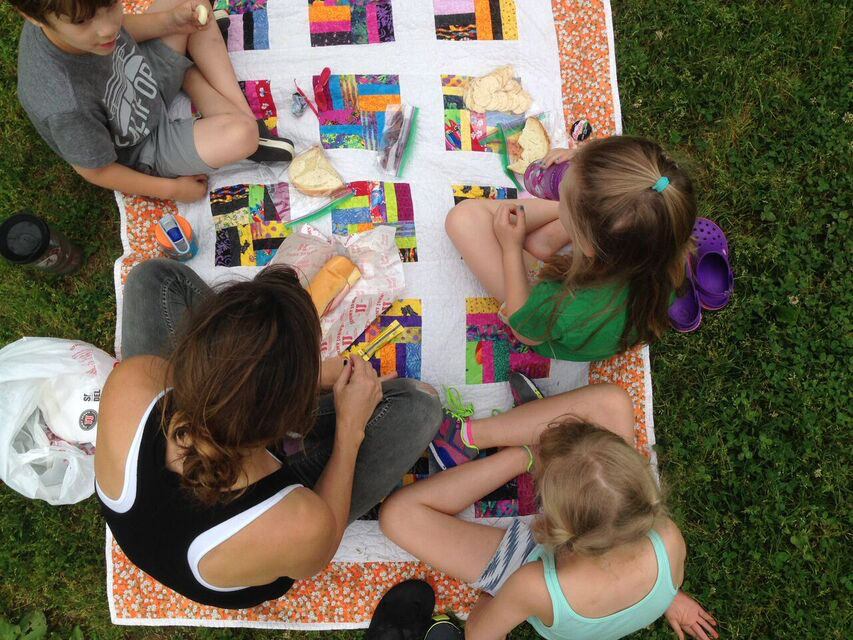 Summer is here.  At 5, 6 and 8 we got rascals riding bikes and swimming at a skill level whereby we are not in constant stress.  I told Ginny sometime some summer not long ago that I was done going to pools.  With 3 that cannot swim alone, I can only act like I’m listening to whatever adult is talking to me, my head drawing a repeated triangle from locating the 3 bobbing heads while I simultaneously feign my best impression of the laid back dad & try not to tell this person what an idiot they are for trying to have a conversation with me while my 3 kids are in life threatening peril.

But we’re older now and one of us helps Lena in the pool while the other gets to be social or sip on something poolside.  We’ve made the annual Mooney summer list which currently includes the following (in no particular order):  skating rink, zoo, water park, mom dates and Crystal Bridges.  Also, today is the last day of Lego Camp for Anders and Clay Camp for Hazel.  I have no idea if those are real names for what they’re attending, but that has been what we’ve called it all week long, so humor me.  When the kids are not fighting or falling apart, this really is a great stage because they think everything we come up with is fun.  That is unless you break the rule and tell them what we’re doing beforehand; because if you tell them what we’re doing beforehand, then whatever it is will never- no matter what- live up to whatever they devised in their still-forming brains.

Nope.  Everything is a live streaming surprise in our house.  You find out when we do it.  No discussion of what’s next.  Ginny and I learned this early with cabins full of kids at Kanakuk.  This is not the weather and we’re not forecasting.

I like to say we Mooneys are “living in the moment” because that has such a better ring to it they “their totally satisfied if they never had time to imagine something better”.

I have been writing, but more book-ish and less blog-ish.  Am I writing another book?  Really not up to me.  I’m always writing and always for another book in the wonderful world known as my head, but publishers & agents seem to sometimes disagree.  They’re loss I tell ’em but they don’t seem convinced.

Swimming, biking, living in the moment and writing….. summer is here. flagging folks down for lemonade